A lot of bad things have happened this week.

Well, there’s not a problem with my Laptop, but a problem with the hard disk. The problem should have come from the time I took the train back to Wuhan. The BIOS occasionally does not recognize my SSD. So I bought a piece of the same one.

But this Monday, no matter what method I used, it couldn’t be identified. And it’s very embarrassing that I couldn’t twist the screws on the back of my notebook. Think about it, it’s been in service for 8 months from August 2018. So I decided to buy a set of ash cleaning suit in Taobao.

This is what it looks like after removing the backplane and the heat dissipation module. 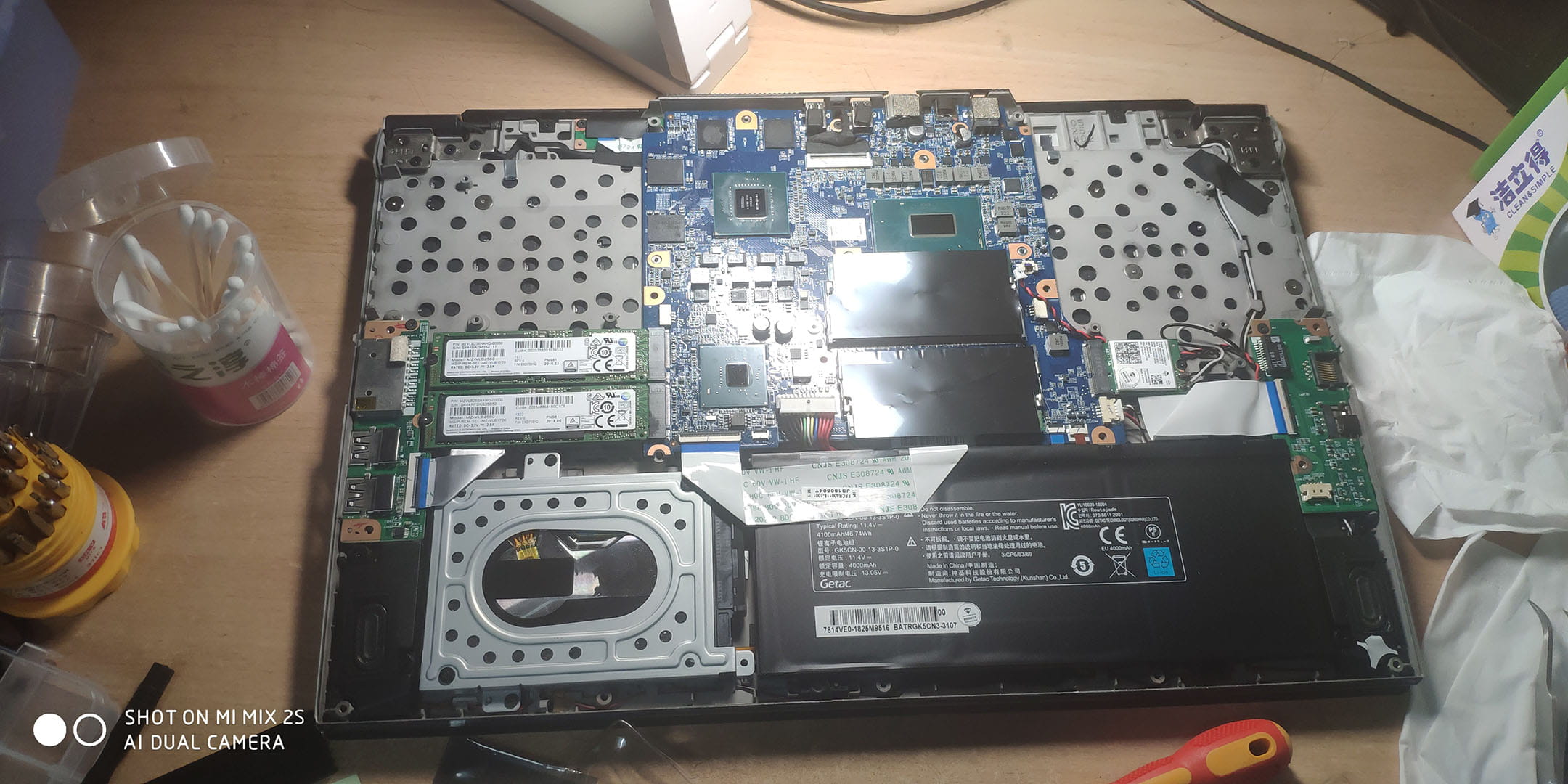 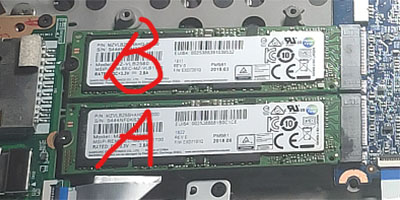 Well, it looked as if it were clean when it was first opened. (I forgot to take a picture when I first opened it.) But on closer inspection, the dust is in hidden places and that’s usually where they are. Well, Computers occasionally need to clear ash, and to replace silicone grease. 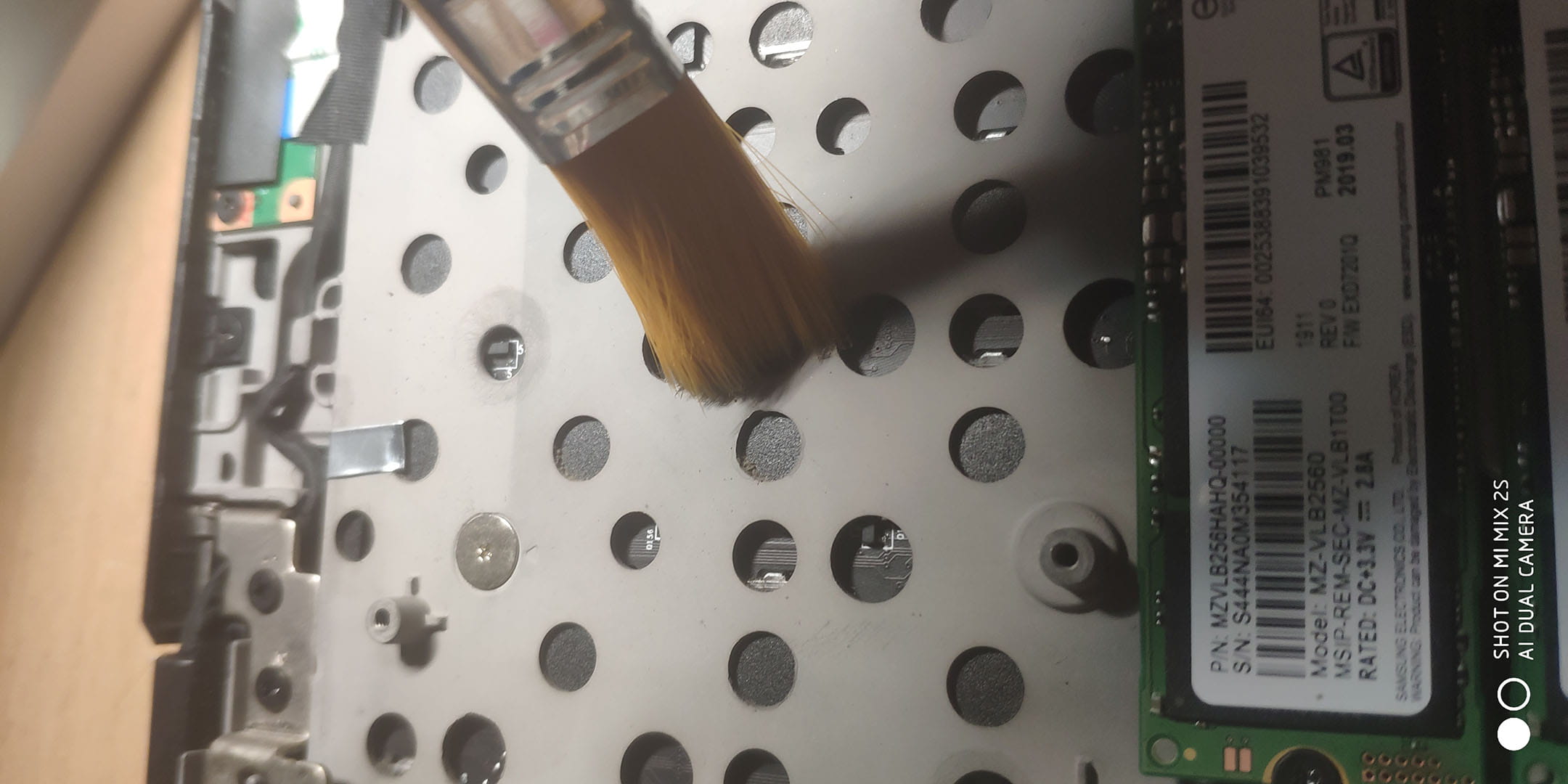 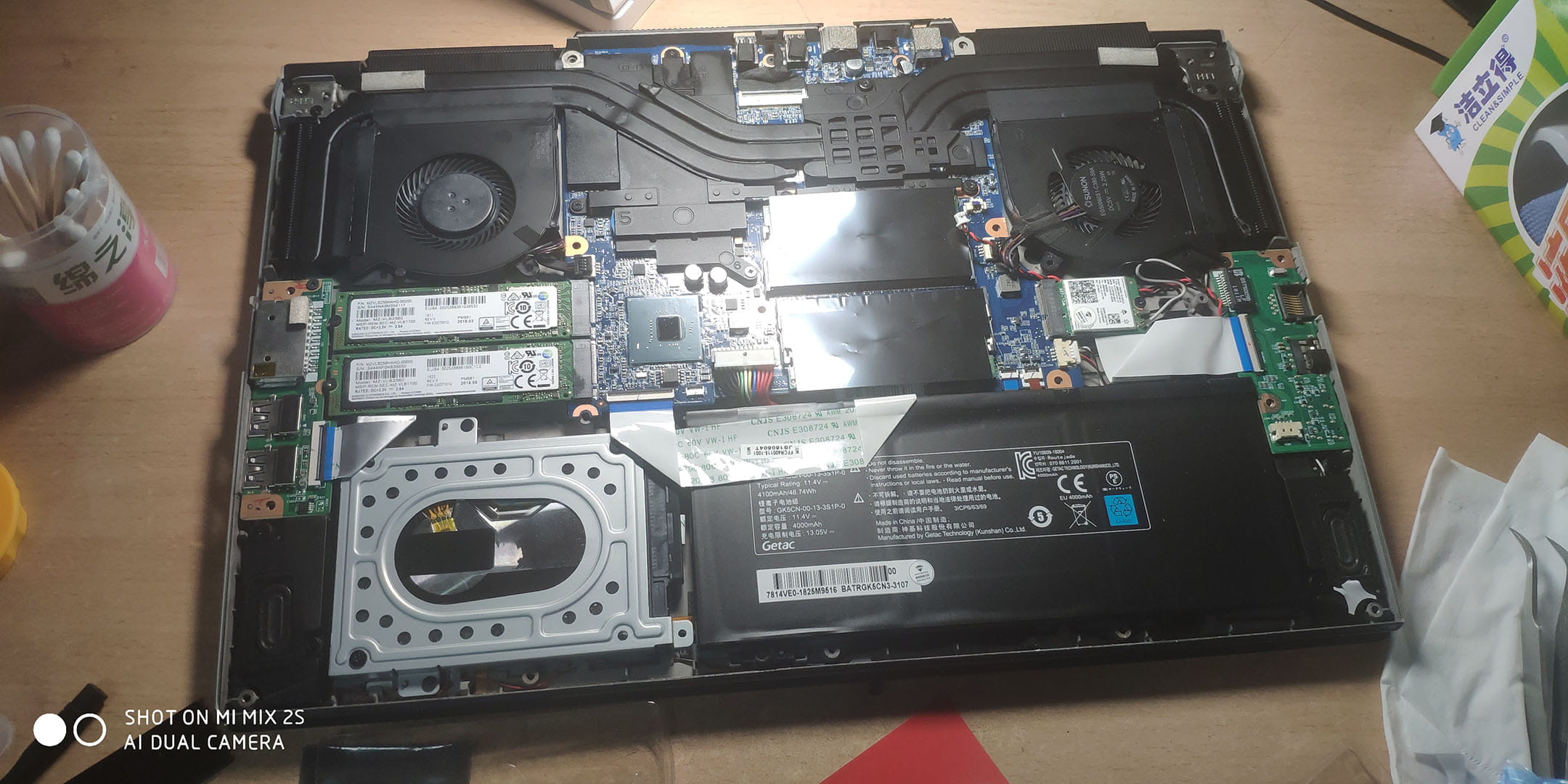 Of course, notebook is very expensive after all. So I’ve got to be careful, right. And the final step is to connect the power cord, which is disconnected in the first step. 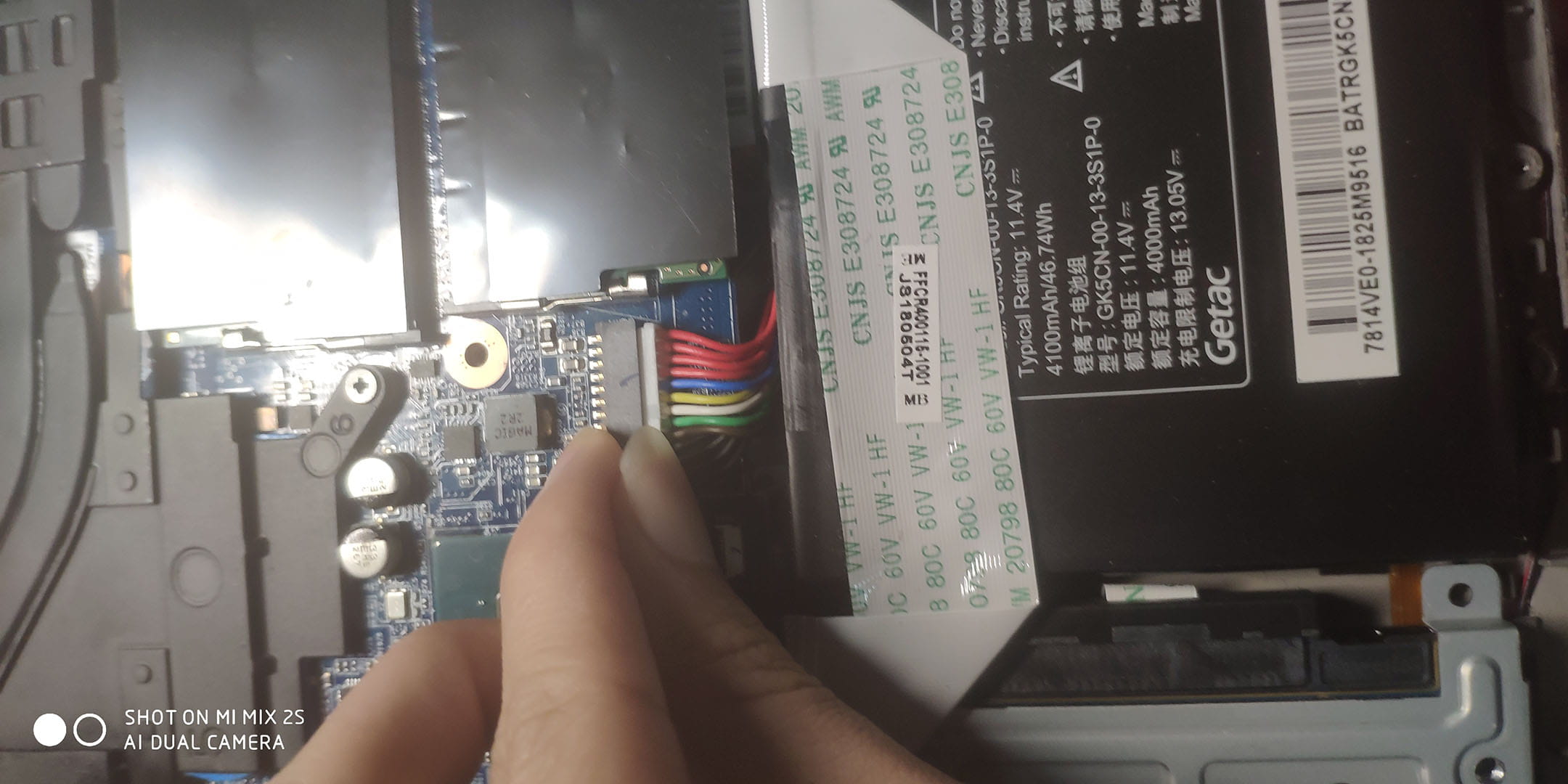 However, it is not over. In addition to the ash in it, there is dust and hair under the keyboard. It was dirty, indeed, but I was also surprised to find that it contained the hair of my Labrador 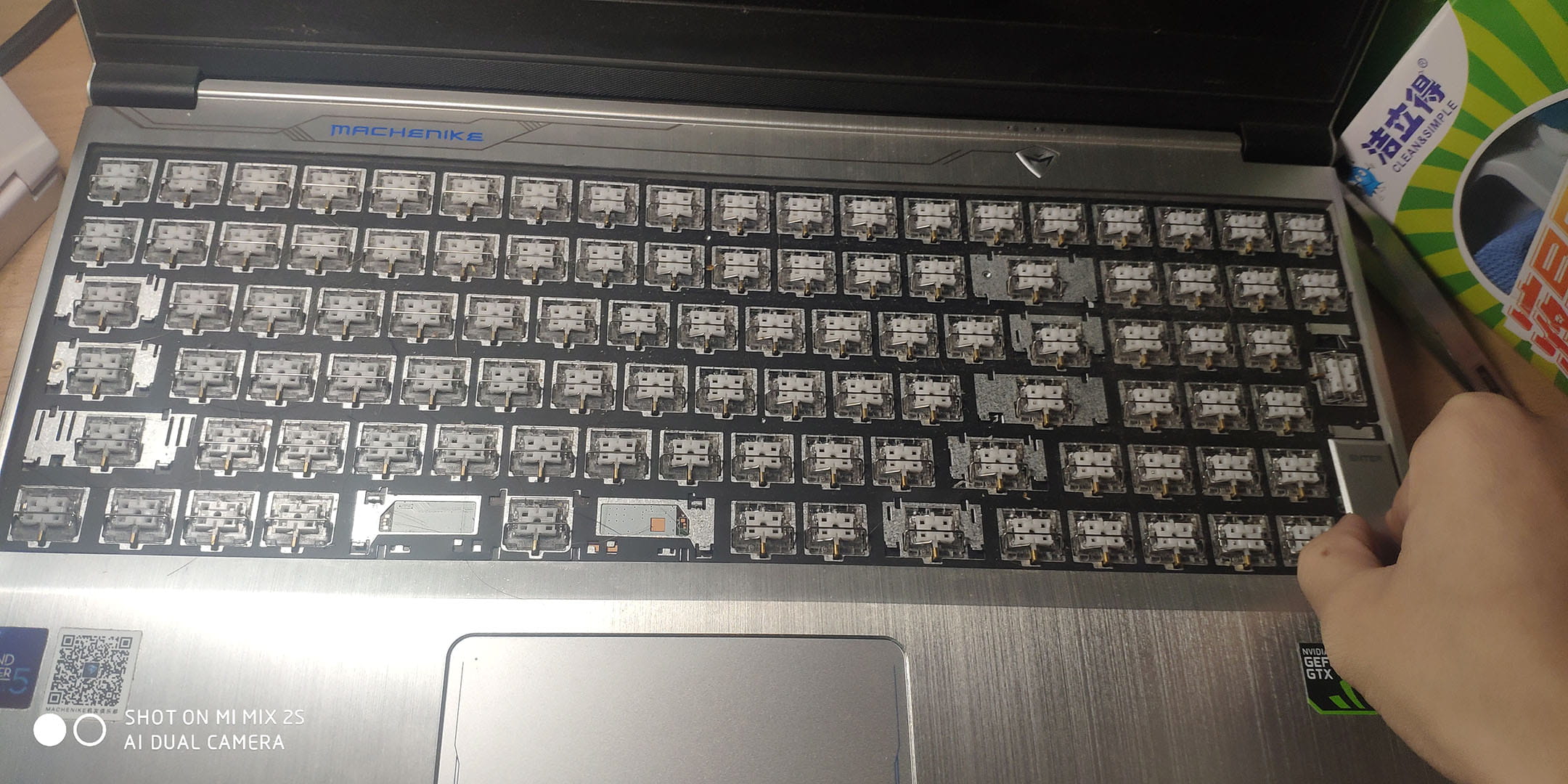 After cleaning up the keyboard, I rubbed the screen. All the cleanup is done, that’s it. However, when I boot it, I found that the old hard disk was still not recognizable, and the corresponding position was particularly hot. So I immediately cut the power and check, but it didn’t work. Eventually, after putting it away for a night, I put it back and it was somehow fine.

When A is booted as a system disk, there are still occasional unrecognized situations. But when it came to B, A is very stable to be identified. It’s kind of weird.

On the evening of Friday, I thought that my notebook had finally been repaired, so I ordered a takeaway after PE class. However, after I went out to get the takeaway, I tripped. I have a fall. My two hands and my right leg were scratched. My mobile fell to the ground and the screen broke. My Xiaomi ring touched the ground and scraped the screen. Ironically, the takeaway was unscathed. When I got back to the dorm, I calmly found the medical alcohol and cleaned the wound. For a moment, I looked at the broken screen and I was lost in thought. I just, I just refuse to admit that bad luck will come so suddenly. I just went to pick up a takeaway, but somehow lost about a thousand yuan.

More I’m not going to say it all.

But every thing that looks bad, in fact, has a good side behind it. I am the one who always looks on the bright side.

It’s really not a good thing that something is wrong with the hard disk. However, this led me to start sorting and processing the files. I found, although I have found before, that my ability to generalize and organize is actually very strong. I think people are the same, need to occasionally clear the ashes for their hearts.

It’s really not a good thing to have a fall, too. But I got through it and knew one thing. That is, no matter what happens to me, my parents are the most reliable back for me. I told them everything about it and what they care most about me is not the other things that have been lost, but the injuries on my body, even though it was skin trauma. I’m grateful to my parents, even though they’ve been bad to me once in a while. But before the critical moment, they would support every decision I make, so that I can face them head-on and find out just how strong we really are.

Well, this could be another kind of luck.

This is the lyrics of Maroon’s Sugar. 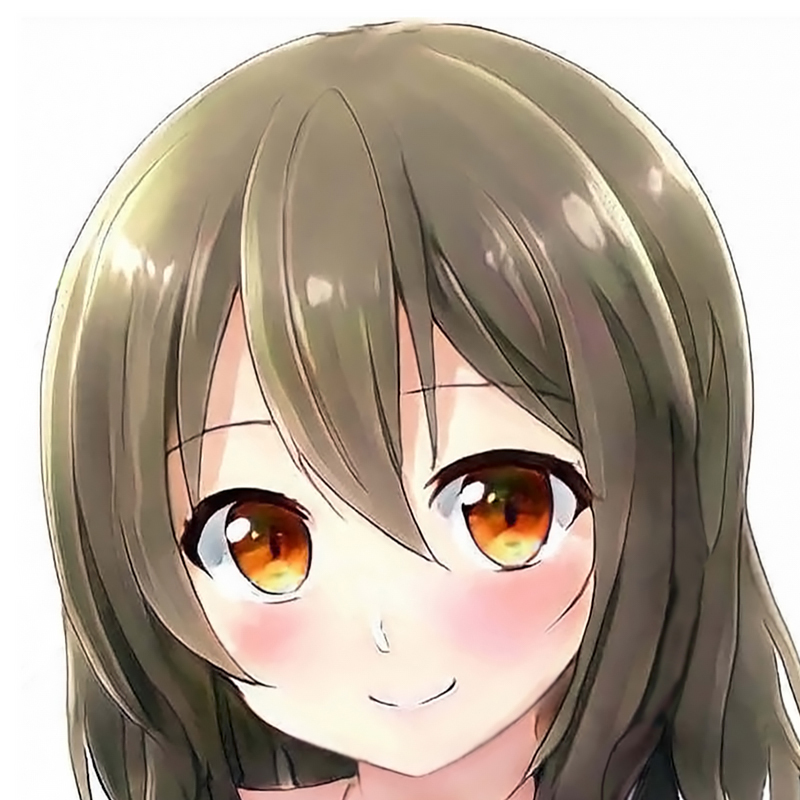